Setting up a wireless repeater

Trying to use a laptop in the new kitchen extension was difficult. The wireless router was at the top of the house (with all the servers) and the wireless signal strength in the kitchen, after going through the external house wall and the new kitchen roof, was weak to non-existent.

The simplest solution seemed to be to setup a wireless repeater, situated in the main body of the house, on the ground floor. This could then commuicate with the main router, but also ensure the wireless signals were able to be received with reasonable power in the kitchen. I had an old Netgear DG834N which could serve the purpose, if I could figure out how both the main router (a Draytek Vigor 2820n) and the Netgear should be configured.

I booted up the Netgear and changed its LAN IP to 192.168.0.2, so that it didn't clash with the Draytek. I then configured the wireless settings to be the same as the Draytek; that is, same SSID, same wireless channel, same encryption.

The final piece of the puzzle was to setup each router with the MAC address of the other. 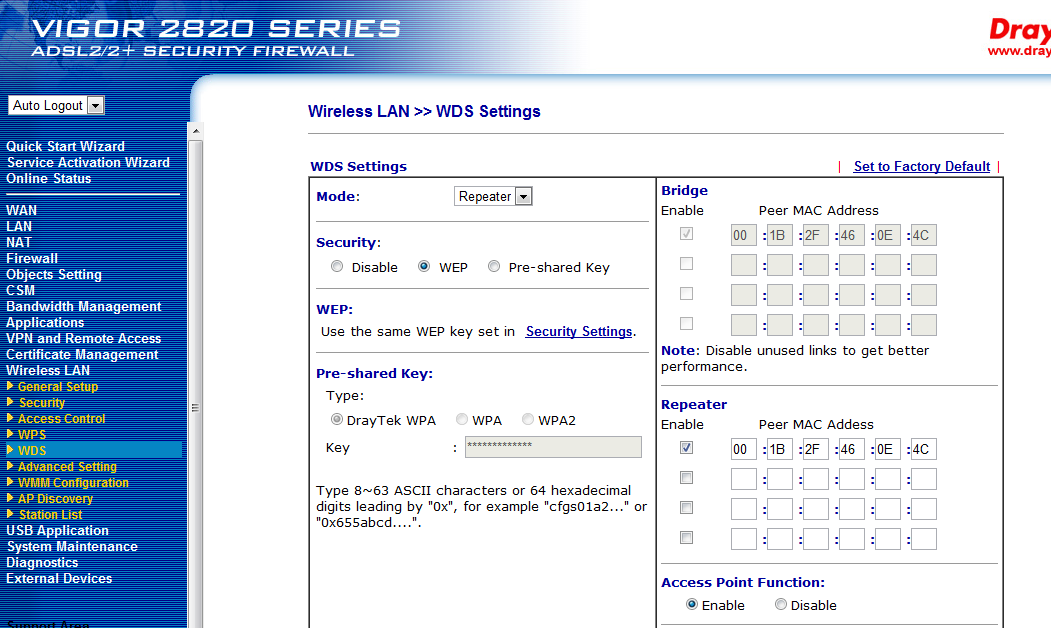 While on the Netgear: 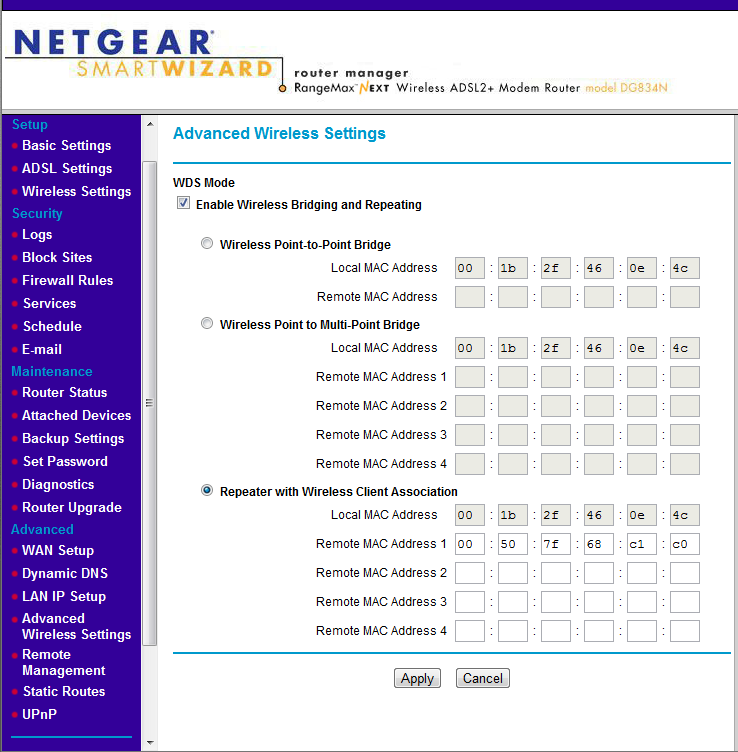